Under the Radar: Surprising New Connections in the Middle East 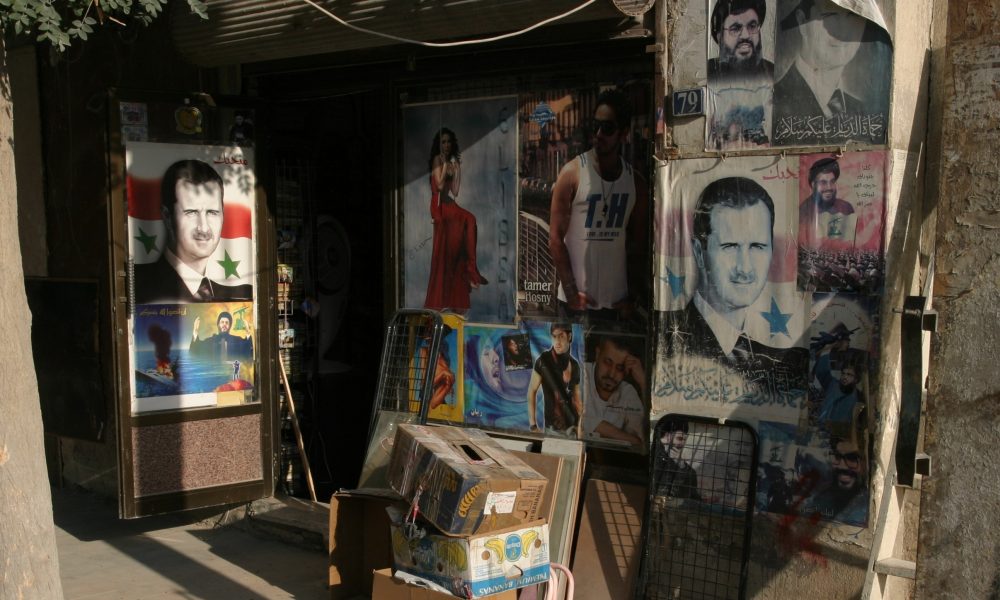 Iran’s efforts to become the hegemony power of the region and the consequences of the Arab Spring produced in recent times de facto cooperations which were unthinkable only a few years ago. “We’ll never love you,” a high Arab military commander confided some time ago to his Israeli colleague whom he officially should never have talked to. “But we admire you. And we want to learn from you.”

Statements of this kind are not singular. They can only be comprehended on the background of some basic parameters of the political and social map of the Middle East which are rarely, if at all, mentioned by Western observers.

The overwhelming majority of Muslims worldwide (80-90%) are “Sunni.” To them the written tradition of Islam, the “Sunna,” is authoritative. Little more than ten percent of the followers of the prophet Muhammad are “Shi’ite.” To them the succession of the leading imams, the “Shi’a”, is decisive. Iran is the most powerful representative of Shi’ite Islam.

Being asked for the significance of this split Muslims offer quite diverse answers. Some Lebanese boast of the “Sushi”-marriages in their society, families that merge Sunni and Shi’ite together.

Digging somewhat deeper, however, we encounter more honest expressions, get to hear quiet horrific opinions, sometimes feel abysmal hatred. Hardly twenty years old, one Palestinian explains: “I’d never be able to travel to a Shi’ite dominated area, be it in Lebanon or in Iraq, certainly not to Iran. My name, Omar, tells everyone that I am a Sunni. I’d be killed at once.”

A supporter of the radical Palestinian movement Hamas once told me, that Sunnis and Shi’ites regularly curse each other in their Friday prayers. “You Christians are okay,” he opined, “even the Jews. But the Shi’ites…” What followed was a tirade which peaked in the suggestion, the Americans should finally bomb Iran and destroy it. Mind you, these statements came from a man who belonged to a nation and organization that otherwise accepts anything that undergirds their hatred of Israel and the Jewish people. Furthermore, it is no secret: Iran presently is the main financial sponsor of Hamas.

Some years ago, in Istanbul, Turkey, I introduced myself to a dark-skinned man as “German.” I thought my counterpart to be Indian. But he spreading out his arms full of excitement shouted: “This is wonderful! I am from Iran. Then we are both Arians!” As a matter of fact, many Iranians – similar to the Brahmans of India – hold themselves racially superior to other ethnic groups. This is especially true towards the Arabs. In this line a Muslim from Iran once let me know that within his society people wonder why Allah has not revealed himself to “ordinary people” but to “these uncivilized camel milk guzzlers and lizard eaters from the desert.”

These kind of stories and anecdotes are difficult to digest for Western analysts of a political scene and even less representable in a logical manner. In the Orient, however, legends and religious imaginations blur into one another and determine reality. Much of the bloody-chaotic situation in the Middle East can only be explained, if one considers soberly such clichés and prejudices.

What once was hailed as “Arab Spring”

Since 2011 the “Arab Spring” has thoroughly shaken the military and political but also social set up in many countries of the Middle East and North Africa. What can be clearly recognized in these chaotic developments are permanently changing coalitions, not just between local actors, tribal associations, ethnic groups, economic loyalties, political or religious allies, but also between states. Thus, Turkey was able to mutate from being the regional power with good relations to all players within a few months to the outcast with whom nobody wants to be associated. Similarly, the relations between Saudi Arabia and Egypt experienced breath-taking ups and downs during the past half a decade.

Constant Factors in the Chaos

Asking for constant factors in the chaos of the “Arab Spring” and its consequences, it is noteworthy: Nothing in the Orient is to be seen black and white. Each attempt to cut a path of understanding through the year 2017 in the Middle East has to be told: To each hypothesis there are countless counter examples.

Clearly recognizable, Iran expands its sphere of influence with great patience, with a long-term design and clear successes. From the slaughter of Iran’s gulf war against Iraq in the 1980ies, which was as fruitless as bloody, the mullahs in Teheran learned that a country cannot be conquered anymore by conventional warfare. Proxy wars proved to be effective. Iranian leaders today boast publicly to control four Arab capitals: Beirut, Damascus, Baghdad and Sana’a. The so called “Shi’ite crescent” stretches already from Teheran across Iraq and Syria into Lebanon. Sharply goal-oriented Iran expands it and turns it even into a “Shi’ite claw” through the proxy war in the South of the Arab Peninsula.

On this background Israel maintains a whole list of common points of interest with the dominant Sunni-Arab players on the political stage of the Middle East. Iran’s drive for hegemony is not only unacceptable for Saudi Arabia, the Emirates, Qatar, Morocco and Turkey, but also for the United States of America. Even Russia, while cooperating closely with Iran in Syria in order to support the regime of the Assad family, seems to be uncomfortable at times with the obvious aspirations of its own ally.

Traditional Arab regimes like Syria, Egypt, the Emirates and Jordan naturally see themselves threatened by the aspirations of the so called Islamic State (IS). The ideological roots of the IS and al-Qaida which they share with the Muslim Brotherhood and its Palestinian offshoot Hamas are in this context in no way insignificant. From an Israeli point-of-view it has to be mentioned, that Hamas from its theological foundation not only aspires to an end of the Israeli occupation, not only actively pursues the end of the Jewish state of Israel, but as a final objective sees as its goal the annihilation of the Jewish people worldwide.

The West’s behavior, especially that of the USA, left many in the Middle East disappointed. The West is seen as unreliable. Even Trump’s accession did not change this perception fundamentally. The recent silence of the United States in Kurdistan rather underlines this basic feeling. Anshel Pfeffer of Ha’Aretz recently commented in view of Trump’s behavior in Kurdistan: “Once again, a pro-Western ally of America in the region has been betrayed and Iran has been allowed to gain the upper hand.”

So, what do Arabs admire with Israel? And, what do they want to learn from the Jewish state? The above mentioned Arab officer told his Israeli counterpart: “You are the only social and political system in the Middle East that is really stable. Without any natural resources, especially without crude oil, you created one of the most flourishing economies worldwide. That is what we need as well!”