„Yom Kippur“ – The Day of Atonement 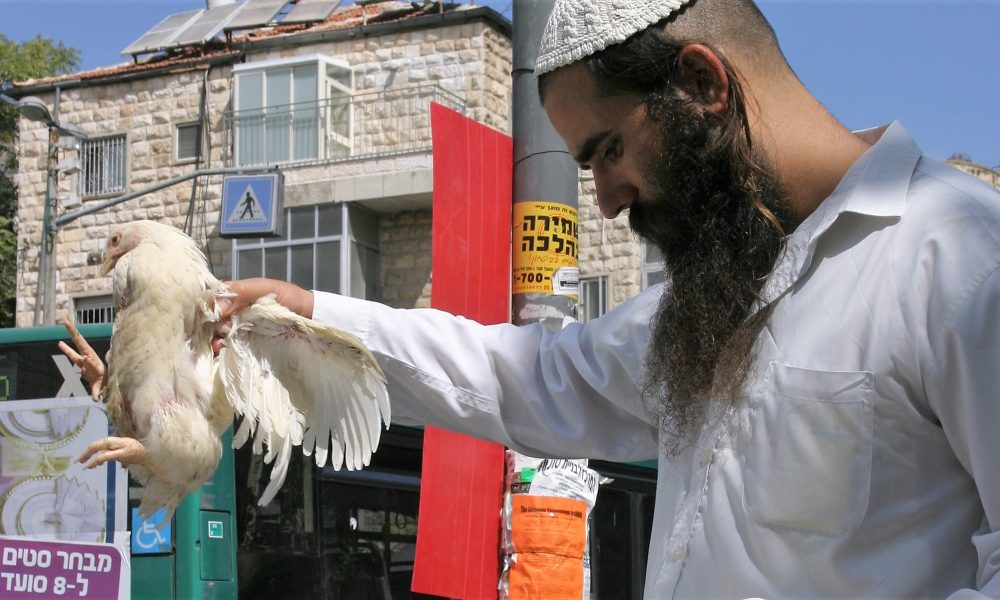 Naturally the time of reflection and repentance during the Hebrew month of Elul, the following New Year and ten “awe demanding days” climax in the “Day of Atonement”, “Yom Kippur.” In the current year 5778 since creation of the earth the 10th day of the Hebrew month Tishrei coincides with September 30, 2017 after the birth of Christ.

Already on the early afternoon of Tishrei 9 all life in Israel comes to a standstill. Some ultraorthodox communities slaughter on the morning of the eve of Yom Kippur a chicken. They swing the sacrificial animal above the head of the sinner. These “kapparot” ceremonies indicate, that blood has to flow in order to achieve forgiveness of sins. Some congregations replaced this symbolic sacrifice with alms.

On Yom Kippur all public and private life in Israel rests. There are neither television nor radio broadcasts. All traffic in the whole country lies still. Only ambulances in cases of emergency and security forces are tolerated on the streets. All other motor vehicles run the risk being stoned. The children, however, use this traffic free day all over the country. They populate the streets with bicycles, roller skates and skate boards.

Even Israelis, who would call themselves secular Jews, fast during Yom Kippur. According to the Jewish ceremonial law wearing clothes made of leather or jewelry, the use of cosmetics, bathing, showring or sexual intercourse are forbidding on this day of repentance. The great Day of Atonement is dominated by a sense of awe and anxiety, the desperation and dread in view of one’s own guilt facing the Holy Creator God.

The Bible describes how the high priest at the time of the Israelite sanctuary entered the Holy of Holies once a year on the Day of Atonement (Leviticus 16). Yom Kippur is meant to be an “eternal order.” The great seriousness of this day is expressed in the warning: “Whoever is does fast on that very day” or “does any work” “will be cut off from among his people” (Leviticus 23:27‑32).

Law-abiding Jews will spend the whole day praying in synagogue, wrapped in a white penance, that one day will be their shroud. In the afternoon the Book of Jonah is being read. There the inhabitants of the great city of Nineveh reacted with repentance to the prophet’s announcement of judgement. God let himself be moved. Nineveh was not destroyed. Further, during Yom Kippur, the dead are being remembered.

Normally, days of fasting that fall on a Sabbath are being postponed by one day. Yom Kippur is the sole exception from this rule. The reason for this exception is, as the rabbis explain, that the Day of Atonement might look for an outsider like a day of mourning and contrition. From a believer’s point of view, however, predominates the joy over the experienced forgiveness and the possibility of a new beginning. Therefore, the Talmud explains in tractate Ta’anit that there are no other days in Israel that are in such a way dominated by joy as Yom Kippur and the 15th day of Av.

During the Day of Atonement, one’s fate for the coming year is being sealed according to Jewish tradition. Therefore, people greet each other to Yom Kippur with “Gmar Hatimah Tovah,” which loosely translated means: “May you be inscribed and sealed for good!” “The Great White Fast,” as this holiest day of the Jewish year is also known, ends with sundown on Tishrei 10, again with the primeval sound of the shofar.

For the past three and a half decades this day has been associated in the modern State of Israel with one of the greatest catastrophes in its history: The so-called “Yom Kippur War”. On October 6, 1973, the Yom Kippur, Egypt and Syria attacked the Jewish state. Israel’s intelligence and security services were completely surprised. Within a few hours, the “Bar Lev line” along the Suez Canal, an Israeli fortification that was said to be impregnable, collapsed. For days the situation of the State of Israel was very precarious.