Why the Skirmish in the North? 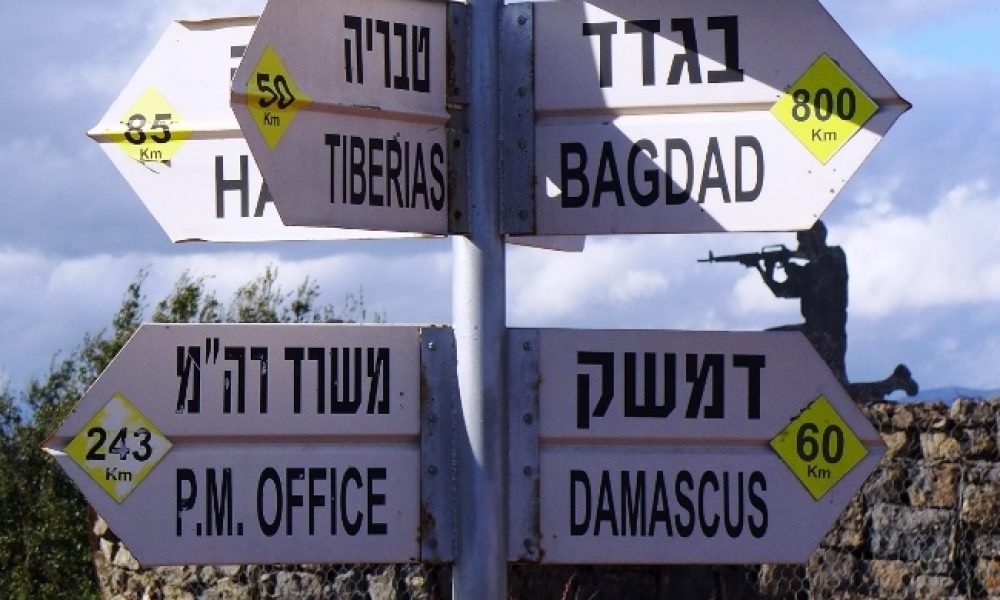 Israel’s northern border holds the potential for highly problematic and potentially destructive innovations. Proof of this is the dangerous skirmish between Israel and Iran, which almost plunged the Middle East into a new war on the second weekend of February.

The so-called Islamic State (ISIS or ISIL) has disappeared from the map. But the war in Syria is far from over. Russian fighter planes are bombing rebel positions in Idlib and Ghouta. Dozens of civilians are killed every day. In a bloody way, Turkey and Iran are seeking to expand their respective spheres of influence. At the beginning of February, the Americans bombed Shiite militia in East Syria’s Deir az-Zor.

Israeli aircraft have been operating in Lebanese and Syrian airspace for years. That’s a well-known secret. They wish to know what’s going on in the North. And they want to prevent Hezbollah in Lebanon from getting even more state-of-the-art missiles.

Since Russia and Iran openly sided with Bashar al-Assad, it is clear that the regime will survive this civil war. Meanwhile, the dictator in Damascus again controls about eighty percent of his territory. Lately he became even more brazen. So far, the Syrians had only threatened to shoot down Israeli aircraft. But for some time now there have been open attempts to implement these threats.

Iranians move into Syria and an gain ground, not only when refugees want to get rid of their property, but also in building an armaments industry. Up to the Israeli border on the Golan Heights Iran is aspiring to build its own military bases and military infrastructure.

For years now, some 80,000 fighters of the Lebanese Shiite militia Hezbollah have been on the road in Syria on behalf of Iran supporting the Assad regime. More recently, Iran has deployed another 10,000 Shiite militia from Iraq, Pakistan and Afghanistan to southern Syria. None of them seems to be homeward bound after the Islamic State’s demise.

Rather, the war in Syria enters a new phase. Thereby, Israel increasingly comes into focus and could soon become a key player itself. And this despite of all the assertions on the side of Israeli politicians, that they would never want to interfere in the civil war of their neighboring country.

At 4.00 am, near the desert city of Palmyra, a unit of the Al-Quds Force, which belongs to the Iranian Revolutionary Guards, went into action. It sent a reconnaissance drone southward. From Jordan, the unmanned aerial vehicle entered Israeli airspace. In the Jordan Valley near the town of Bet Shean, it was shot down by an Israeli Apache helicopter after one and half minutes in Israeli airspace.

Israel then responded to the violation of its sovereignty with an air raid on the truck from which the drone was launched. For the first time, the Jewish state directly attacked a position of the Islamic Republic of Iran on Syrian soil. Iranian army personnel may have been killed already in this incident.

Syria’s air defense reacted to the Israeli attack unusually violent and aimed a salvo of more than twenty ground-to-air missiles at the Israeli aircraft. One F-16I fighter jet seems to have been less careful in its conduct, which the Syrian air defense knew to exploit. At 5.59 am it crashed some 300 kilometers south of Palmyra at the entrance to kibbutz Harduf in the Lower Galilee. The two pilots were able to save themselves with the ejection seat.

The shooting down of its fighter jet provoked Israel to “the biggest air raid since 1982” on its northeastern neighbor. 1982 was the last time an Israeli fighter plane had been shot down by enemy air defense. Twelve targets in Syria were being pounded. After reviewing the first data, the Israeli military experts announced the following day that they had destroyed about half of Syria’s air defense capabilities.

The Triumph of the Syrians …

The images of the burning debris of an Israeli F-16I that cost $ 50 million were an obvious propaganda victory for Damascus. Syrian government supporters celebrated the triumph of their army and distributed sweets in the streets of their capital. Hezbollah hailed the downing of the fighter jet as the “beginning of a new strategic phase.” From their point of view, the destruction caused by the Israeli bombardment was obviously irrelevant.

In Iran, Israel’s claim that the drone had violated Israeli airspace was labeled “ridiculous” and “a lie.” The whole thing, according to the Syrian army’s news website Al-Manar, had been a routine mission against the Islamic State.

Beyond that, Iranian media were extremely cautious and obviously anxious to distract attention from Iran’s involvement in the events. The Iranian regime seems to be trying to avoid a direct confrontation with Israel at this time. After all, it views itself as part of the Troika, together with Russia and Turkey, which strives for a diplomatic solution to the Syrian conflict.

The Riddle of Motivation

It is actually unclear why Iran should have sent now a drone in the direction of Israel and thereby provoke the reaction on the part of Israel which we have seen. Did it happen by mistake? A failure in navigation or miscalculation in the tactical use of the drone? Is the explanation of Syria perhaps true after all and it was indeed on a routine mission against Sunni fundamentalists in the tri-border region of Syria-Jordan-Israel, when the unmanned aerial vehicle for whatever reason made itself independent?

Or did the Iranians really think they could penetrate Israeli airspace unnoticed and escape again – in order to then brag about their technical skills?

Or was the drone perhaps a bait that was supposed to lure the Israeli air force into an ambush and, thus, to provoke exactly what has happened? Possibly, in order to change by means of escalation the modus vivendi in Syrian airspace, where neither the Iranians nor the Syrians have the last word, but the Russians. Russia has up until now not only tolerated Israel’s activity in the Syrian sky, but even coordinated its military operations with Israel.

It is striking how quickly and intensively calm came after the short, violent storm. One crucial reason for this is certainly that Iran is not interested in open dispute with Israel at this very moment. And everyone else on scene can count this stormy second Shabbat morning in February as a success for themselves: The Syrians celebrate the shooting down of the Israeli plane. Israel is satisfied with having neutralized half of Syria’s air defense. And Russia is proud of the fact that an outdated Soviet missile was capable of taking one of the most advanced American jet fighters from the sky.