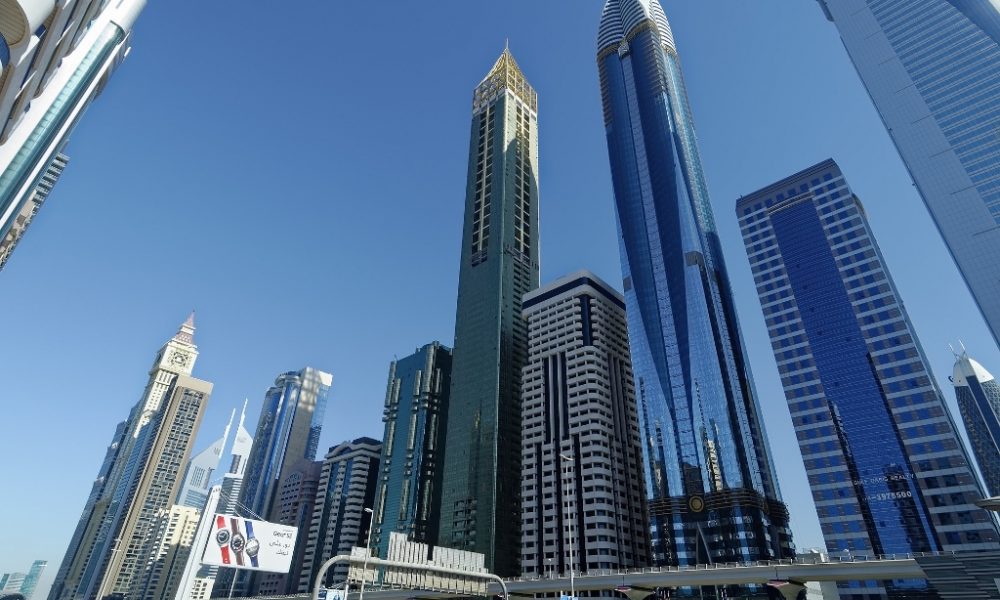 On August 13, 2020 reports arrived from North America that Israeli Prime Minister Benjamin Netanyahu had been on the phone with Sheikh Mohammed Bin Zayed Al Nahyan, Crown Prince of Abu Dhabi and Deputy Supreme Commander of the United Arab Emirates (UAE).

In this phone conversation, the two heads of government were said to have agreed on “full normalization of relations” between their respective countries.[1] This plan was announced by US President Donald J. Trump and his staff of advisors at the White House in Washington.

The price of “normalization”

The Israeli government seems to have found a way to avoid accepting legal responsibility for much of Judea and Samaria – even though this is exactly what all relevant politicians and parties promised before the last parliamentary elections, it had been widely announced on the international stage, and is of course hotly disputed in the western world.

The fact remains that the State of Israel has had the decisive say in the disputed areas between Israel and Jordan for more than fifty years, and Palestinian President Mahmoud Abbas has repeatedly been left with nothing but the “threat” to throw the burden of responsibility for the Palestinian territories, which have been autonomous for almost two decades, at the feet of the Israelis.

Unlike previous agreements with Arab neighbors, the announcement of this peace treaty was not preceded by a thorough elaboration of visa agreements, security arrangements or flight connections. Even Israel’s security cabinet, its foreign and defense ministers learned of Netanyahu’s phone call with the powerful sheikh through the announcement from Washington, possibly only from the media.

Nevertheless, the announcement of a “normalization” of relations between Israel and the UAE was not a real surprise. For years there have been ups and downs between the two countries, partly overt, partly covert. The first feelers were put out on both sides in the 1960s, even though at that time it was the secret services rather than politicians that were involved. In 2017, the UAE Air Force participated in an exercise in Greece in which the Israeli Air Force was also involved.

But it is not only in the employment sectors of secret service agents, arms dealers and the military that Israel and the UAE have enjoyed excellent cooperation for decades. With regard to agriculture, irrigation and cyber technology, billions have flowed back and forth between the two countries. It is an open secret that Netanyahu visited the Emirates and that “interest offices” exist on both sides.

In 2017 a 17-year-old Israeli climbed the podium in Abu Dhabi with a gold medal in judo. Instead of the “HaTikvah”, at that time, the anthem of the International Judo Association was played. When the same thing happened again in October 2018, the Israeli national anthem was already being played in the presence of Miri Regev, Israel’s Minister of Sports and Culture.

Hundreds of Jews – some estimates reach up to 1,500 – live in the Emirates. There are now three Jewish congregations, two of which are Orthodox. In 2019 Yehuda Sarna was officially named Chief Rabbi of the UAE.

Only twelve percent of the people who live there are actually “Emiratis”. They represent only one percent of the working population in the UAE. “Unwritten social rules of the UAE make striking up a conversation [with Emiratis] at random difficult, if not outright inappropriate”, writes Michael Bassin[2], who as an American Jew lived in the UAE for years.

…a threat to Israelis?

Among human rights activists, the UAE is notorious for its uncompromising adherence to Sharia law, harsh collective punishments, the use of the death penalty, and because foreign workers enjoy little protection. Since its foundation in 2008, the British organization “Detained in Dubai” has served more than 10,000 people who have come into conflict with the UAE’s rigorous legal system.

“It’s easy to wind up in jail” there, the American-British lawyer Radha Stirling warns. Reasons may be a “suspicious” amount of antidepressants in the luggage or because a businessman accidentally touched a local colleague on the hip. About half of the clients of “Detained in Dubai” are business people who have come into conflict with their local partners.

Not only criticism of the regime, even an uncovered check, “disreputable” or casual remarks, emotional outbursts of a cheated wife or even a negative word about a car rental company in the social media may have legal consequences. In the past, women who complained of being raped were arrested.

A decisive factor in the rapprochement between the Jewish state and the UAE is the threat from Iran, including its nuclear and hegemonic ambitions. Tehran makes no secret of its aspiration to wipe out the State of Israel. At the same time, the Shiite mullahs and their allies are waging a sometimes quite bloody war against the Sunni Arabs in the Gulf, mainly in Yemen. Far away from the attention of the world public a war is being fought with great cruelty and without any legally comprehensible standards. Repeatedly oil tankers were detained or at least attacked in the Strait of Hormuz by Iranian speedboats.

The nuclear agreement between the West and Iran in 2015 was not only a thorn in the side of Jerusalem, but was also decidedly rejected by the Gulf Arabs. In 2016 Israel’s UN ambassador Danny Danon made a trip to Dubai, which was mainly about Iran. Israel’s missile defense techniques as well as its cyber technology are of great interest to the Arab Gulf States. In recent years, Israel has repeatedly demonstrated that it is the only country in the Middle East that has the will and ability to face the threat from Iran, which is also the greatest strategic threat to the UAE.

Immediately after the U.S. announcement on August 13, in Israel fears were expressed that the U.S. could now deliver F-35 stealth jets to Abu Dhabi. Defense Minister Benny Gantz immediately stressed that Israel would never give up its qualitative military advantage for peace. Netanyahu emphasized that the normalization agreement does not include Israel’s consent to any arms deals.

U.S. Secretary of State Mike Pompeo tried to calm the situation on August 24 when he assured in the office of the Israeli Prime Minister that “the US will find a way to balance helping its military ally the United Arab Emirates without weakening Israel’s qualitative military edge” in the region. One day earlier, Trump’s son-in-law and special advisor Jared Kushner had said on CNN that “this new peace agreement should increase the probability of [the UAE] getting [F-35s]”.

Israeli Jews and worldwide Jewry spontaneously expressed equal enthusiasm. Netanyahu praised the announcement of the peace treaty as the “beginning of a historical era”.

Israel’s political right responded: “It is time for Netanyahu to go.” And, “We need to build an alternative leadership.” Settlers accuse Netanyahu of wanting to conclude a peace treaty with a country with which Israel was never at war.

…from the United Arab Emirates

One day after the announcement, UAE Foreign Minister Anwar Gargash emphasized that this was by no means just a symbolic gesture. Rather, his country wishes far-reaching bilateral relations “as soon as possible”, especially in the areas of agriculture, food security, cyber security, tourism, technology and trade. He called on the Palestinians to immediately start peace negotiations with the Israelis.

The Palestinian leadership under Mahmud Abbas was perhaps the only “players” on the Middle Eastern stage who were completely surprised by Trump’s announcement. Abbas spontaneously railed against a “betrayal of Jerusalem, the Al-Aqsa Mosque and the Palestinian cause” and recalled his ambassador, Issam Masalha, from the UAE.

On the “Haram Ash-Sharif”, the Temple Mount in Jerusalem, Palestinian worshipers tore and trampled pictures of Sheikh Mohammed Bin Zayed. There were demonstrations in Gaza, the West Bank and Palestinian refugee camps in Lebanon. Officially, an agreement between Israel and the UAE as “normalization for free” is vehemently rejected by the Palestinians. Some factions even spoke of a stab in the back of a supposed Arab ally.

It is possible, however, that the actual wire-puller of this “stabbing” was even a man from their own ranks. Mohammed Dahlan was the powerful security chief of Yasser Arafat in the Gaza Strip for many years before he and his people were forcibly expelled from there. The members of his “Democratic Reform Bloc” were expelled from Fatah. Dahlan spent many years in the UAE and served as advisor to Crown Prince Mohammed Bin Zayed.

Dahlan clearly has ambitions to become Palestinian president. He has influence among the Palestinians and is considered by both Americans and Israelis to be one of the more “sympathetic” candidates for this post. Now rumors are circulating quite openly that he was one of the decisive pioneers of the Israeli-Emirati understanding.

All three countries involved in this “normalization agreement” – the USA, Israel and the UAE – hope to “mutually benefit”, especially with regard to investment, tourism, direct flights, security, telecommunications, technology, energy, health, culture and the environment.

From an Israeli perspective, an autocratic regime with deep pockets that is able to make quick, unbureaucratic decisions on huge sums of money is of great economic interest. For some Israeli businessmen who have been in the Emirates for years, however, normalization could also prove negative. Now business deals that could previously be done behind closed doors and “under the table” will be brought to light.

According to Radha Stirling of the organization “Detained in Dubai”, the UAE will gain much more from a peace treaty than the Israelis. Stirling criticizes the agreement with democratic-free Israel because it helps justify the UAE and provides them further freedoms to violate human rights.

Fact is: Many things remain open

If Trump’s dream comes true and Israelis and Emiratis sign a normalization agreement, very different questions than those Israelis are asking today in Facebook and WhatsApp groups will be crucial. There, Israelis are naive enough to plan their next family vacation in the Emirates, asking themselves: “On which floor of Burj Khalifa will be our rooms located?” And, “Do we have to wear a burka there?”

So far the Jewish state of Israel has signed peace treaties with two Arab states: In March 1979 with Egypt and in October 1994 with Jordan. Both are, like the UAE, totalitarian regimes that sometimes brutally oppress their populations. In both cases, one can hardly speak of “normalization”. It should also be noted that not only Egyptian President Anwar El Sadat, but already Jordan’s King Abdallah I paid with their lives for their pragmatic approach towards the Jewish state.

One can only guess what the peoples oppressed by these Arab regimes really think. “Normalization of relations with the Jewish state of Israel” has an immoral connotation in the Arab world. Years ago, an Arab once explained to me in private: “It is easier for me to say that my daughter is a prostitute than to admit that I live a normalization of relations with Israel.”

Will other Arab states follow the example of the UAE?

Both Americans and Israelis have enthusiastically expressed their hope, “that more Arab and Islamic states will normalize their relations with Israel in the near future”.

In October 2018, Sultan Qaboos of Oman had invited Netanyahu for a visit. Apart from Oman, Bahrain, Sudan, Morocco and perhaps even Saudi Arabia could be considered for a future normalization. After all, the Saudi Crown Prince Mohammed Bin Salman had broken a taboo in the Arab world a few weeks before the invitation of the Sultan of Oman. He publicly conceded that Israelis had “a right to their own land”.

The Palestinians are making every effort to prevent other Arab or Islamic states from following the UAE’s example. When the US Embassy was moved to Jerusalem in May 2018, the Palestinians had still managed to convene an emergency meeting of the Arab League. Not this time.