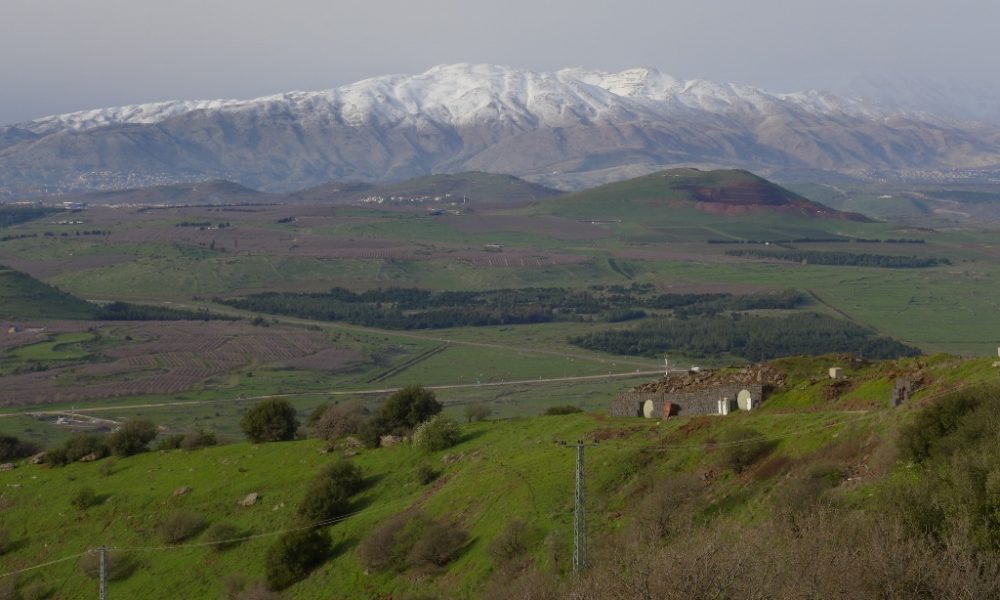 One of the mysteries of the recent developments in Syria is the role of the Russians. Which game is Moscow playing? Does it hold the strings? Or is its behavior about not losing a hard-won position?

In recent years, Russian President Putin has hosted Israeli Prime Minister Netanyahu in Moscow every few months. Most recently, two months before the incident on the second weekend of February, when an Israeli fighter plane was shot down and half of the Syrian air defense was destroyed.

In fall 2015, Benjamin Netanyahu and Vladimir Putin had agreed to set up a direct telephone line between the Russian military base Khmeimim on Syria’s Mediterranean coast and the headquarters of the Israeli Air Force. Since then Moscow and Jerusalem have coordinated their military action in Syria to avoid unwanted clashes.

Russia had tolerated Israeli activities in Lebanese and Syrian airspace so far. Its “red line” is the existence of the Assad regime, whose overthrow Israel must under no circumstances provoke. However, activities and facilities associated with the radical Shi’ite Hezbollah Israel was tolerated to spy on and, if necessary, to eliminate.

In early February, however, the Russians seemed to at least partially patronize the aggressive game of their allies in Syria, if they did not even coordinate the actions against Israel. Russian officers are directly involved in the Syrian air defense systems. They trained together with the Syrians and provided supplies.

When Israeli fighter jets bombed the control center of the Iranian drone that invaded Israeli airspace in the early morning of February 10, they saw themselves exposed to air defenses that were difficult to carry out by the Syrians alone. At least the know-how of the Russians must have been crucial in the background.

What are the motives of Russia?

Has the super power from the north felt the limits of its influence in recent times? In past years, Putin has cleverly filled in the vacuum left by the Americans in the Middle East.

But lately, he seemed not to be able to prevent the Turks from invading northern Syria to take action against the Kurds. And the Sochi conference at the end of January did not bear any real progress towards a comprehensive ceasefire, as the Russians had hoped.

Finally, it is also unclear whether the creeping but very conscious seizure of power by the Iranians in Syria, is not as scary to the Kremlin, as it is to the government in Jerusalem and the entire Sunni-Arab world. But Russia needs the Shiite militiamen as “boots on the ground,” as backup for the army of Syrian President Bashar al-Assad.

Russia seems to be in a dilemma, between trying to contain Iranian influence and the goal of ending the Syrian conflict so that Assad survives. As long as Iran’s militias are of advantage to Russian interests, Russia will be deaf to Israeli concerns that Iran is digging in on the northern border of the Jewish state. At the same time, however, Moscow will also keep a watchful eye that Tehran does not go too far in its thirst for power.

The rope on which Russia dances in order to keep in contact with all the warring parties is obviously getting thinner, the atmosphere around the Russian tightrope becoming more and more opaque. On the one hand, there is the fragile coalition between the Shiite-fundamentalist mullah regime in Tehran, the secular-Alawite government in Damascus, and a strong man in Moscow who is evidently approaching more and more traditional Russian values. On the other hand, the Jewish state of Israel undoubtedly has the power to nullify the goal of Russia and Iran to save the Assad regime in just a few moments.

However, observers and analysts are also considering another explanatory theory for the course of recent events. It is quite possible that Putin is actually the one who holds the reins in the Middle East of 2018 and pulls the strings.

Immediately after the Israeli bombardment on the morning of February 10, Moscow urged Jerusalem to respect Syrian sovereignty. Israeli commentators immediately noticed that at the same time the Russian president was completely ignoring the Iranian drone’s penetration of Israeli airspace. At least in public, Putin seems to have seen no reason whatsoever to look at Israel in a balanced way.

Maybe it was indeed the phone diplomacy of the Russian president that prevented the quite potent squabblers Israel and Iran from continuing their violent encounter. In this case, Russia would have established itself in the Middle East so effectively that it was able to issue order to two regional powers that are both quite resistant to outside advice.

The exciting question remains whether Putin’s involvement in Syria is Russian roulette, or in retrospect, will turn out to be an excellently performed Russian ballet.