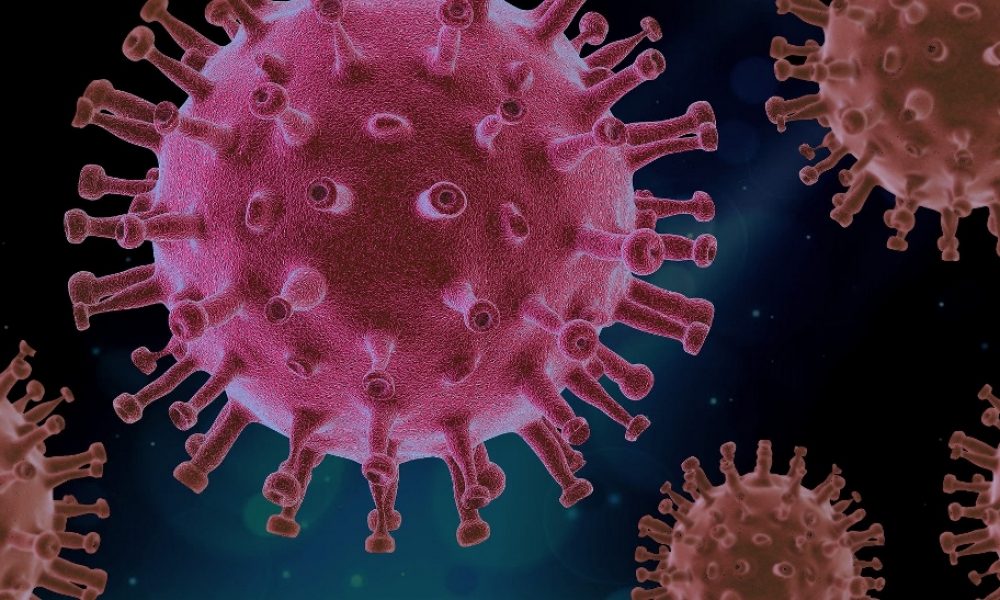 Israelis see themselves as one big family. The concept of privacy or a personal sphere is virtually unknown, says one sociologist. On the third weekend in March, now, the government ordered distance. This confronted many Israelis with a huge problem: No hugs, no pinching of cheeks, no kissing, no handshakes, no touching.

Americans or Germans may meet as an extended family once a year. Israelis, no matter how secular, like to see each other every Friday evening for Erev Shabbat, or at least on Shabbat. In the shadow of the corona pandemic, Israelis are now trying very hard to adapt to substitute hugs, air kisses, virtual handshakes, elbow bumps, heel kicks and even salutes.

Natan Sharansky, former cabinet minister and retired managing director of the Jewish Agency, spoke up. Because of his campaigning for the emigration of Jews to Israel, he had spent nine years in Soviet prisons as a “prisoner of Zion”. “I was alone half of that time. 405 days in solitary confinement. I have some experience of how to survive isolation,” Sharansky explains in a video clip and offers five pieces of advice:

“First, be aware of why you are isolated. I am a soldier. I have a job to do. We are in a global war. That has to determine our behavior.”

“Secondly: Do not fool yourselves by thinking that everything will be over soon. Disappointment will weaken you. I knew that it wasn’t up to me when I would be released. But I also knew that it was up to me whether I would remain a free person. Make plans and implement them. Take your life into your own hands.”

“Thirdly, don’t lose your sense of humor, not for a single moment. As long as I can laugh about myself and others, I am a free person.”

“Fourthly, remember your hobby.” During his time in, prison Sharansky himself, lacking a chess board, played chess against himself in his head, “so as not to lose my mind.” He became so good that later on he once even defeated chess world champion Gary Kasparov. “You don’t have to play without a chess board,” Sharansky calms his viewers and advises them to try other hobbies too. “Now is the time to enjoy life!”

The fifth advice, Sharansky offers is, “Remember always that we are one people. Feel the connection with all who live in Zion and with all those who do not yet live in Zion.”

While the world is waiting for “the clever Jews” to invent a miracle cure against Covid-19, Israelis seem to take Sharansky’s third piece of advice particularly seriously. In general, times of crisis produce the best jokes:

“You lost your wallet or glasses? Just call Magen David Adom (The Red Star of David, Israel’s Rescue Service) and complain about fever. They’ll help you remember all the places you’ve been in the past few days.”

Or, “A sign in Arabic and Hebrew hangs on one of the typical falafel stands: ‘To all who recently complained about the new taste of our shwarmah and falafels: Do not worry! The reason for this is that our employees do wash their hands. With God’s help, the original taste will return soon.’”

Or, “A couple with breathing masks enters a branch of the post bank. Everyone is in panic. Until the two shout, ‘Calm down, this is just a bank robbery!’”

During the second half of March the regulations of the Ministry of Health limited the Israelis’ radius of life more and more. In general, no opportunity is missed in Israel to get together. Now they should even cut down participation in funerals and weddings.

“Is there a possibility that the Ministry of Health may cancel weddings also retrospectively?” someone asks on Facebook, adding at once to be on the safe side: “I am asking for a friend!” – Natan Sharansky had already given the answer in his advisory video: “The Ministry of Health emphasizes: Only the weddings are canceled. Those who are married will continue as usual.”

Israel’s hotly contested Prime Minister Benjamin Netanyahu has found a new task through the corona crisis, which he performs quite well. He explains to his nation how to behave: Proper sneezing, properly blowing your nose, correct greeting, adequately keeping your distance.

“Bibi, Shalom!” a television viewer writes via WhatsApp, “yesterday you emphasized we should keep a distance of two meters from each other. Our bed is only 1.80 meters wide. My wife refuses to sleep on the floor. What should we do?”

Another man reports from solitary confinement: “My wife and I are quarantined. After two days we started talking to each other. She is actually a very nice woman.”

Next to Netanyahu, it is primarily his ultra-orthodox health minister Yaakov Litzman who is the focus of attention these days. Whoever sees the dignified gentleman with the long beard is automatically reminded of the deep gap between religious and secular that divides Israeli society – especially since Litzman may even appear at press conferences with his Shtreimel.

“How should we work,” an internet user asks his health minister, “if you impose quarantine and such severe restrictions on us?!” – Answer, “I and my community have not worked for a lifetime. And you are crying because of a few weeks now?! Shame on you!”

Passing by the parliament, Israel’s government has allowed the “Shin Beit” internal security service to track mobile phones in order to warn people who came into contact with coronavirus patients. Of course there are fierce discussions in society, the media and also among legal experts.

Meanwhile, the joke industry is asking: “What are the components of the Israelis’ fear of the corona virus?” – Answer, “One percent fear of death and 99 percent fear of someone posting your embarrassing schedule.”

Pessimists, who are traditionally a rare species in Israel, rumor: “Just wait when we’ve overcome Covid-19, the Chinese will suddenly stand there with Covid-19s plus.”

A new festival on the horizon

In Israel life without religion is inconceivable. And the coronavirus hysteria occurs right before the Passover. Somewhere deep in the subconscious, Israelis know that God is committed to the existence of the people of Israel (see, for example, Jeremiah 31:35-37). In practice, this means that whenever throughout history the Jewish people experienced an existential threat, it was the threat or the people who have threatened the chosen nation that were eliminated.

The people of God, on the other hand, were always given a new festival on such an occasion – as can be seen very well on Purim, Passover or Hanukkah. Against this background, the following message is to be understood that has been circulating on social networks:

The solution of the problem

It was Yaniv Kalif from the Hebrew news website Hamal who asked Litzman if the Israelis will have to remain in quarantine until holidays that begin on April 8th.

The response from Israel’s ultra-orthodox health minister was: “We are praying and hoping that the Messiah will arrive before Passover, the time of our redemption. Soon we will go out in freedom and the Messiah will come and redeem us from all the troubles of the world.”

Of course, the fact that the Minister of Health, of all people, is able to respond in times of a pandemic in such a manner has caused outrage among those Israelis who expect “the only way to solve this crisis from science.”

It is hard to determine how seriously ultra-orthodox rabbis take themselves when they emphasize “I’m not kidding!” just before explaining in detail and circuitously how to prepare a brew of cinnamon, cardamom and ginger. “That makes pfff,” the venerable man with the black hat and long beard explains to his students, “and the whole flu is fleeing. You won’t have Corona all your life – and even not afterwards, after the resurrection from the dead. That is checked and tested!”

There is a positive and enjoyable side to the corona plague, an Israeli noted in mid-March. “The next Shabbat will be the first Shabbat in the history of the State of Israel, on which there is no public transport, no cars, no work, no restaurants, no open shops, no bars and no clubs, no cinema, no beach and no soccer.”

“It will be a really pure Shabbat, where every family in Israel will sit around the table at home and eat the mandatory three meals together. Nobody has to hurry anywhere. Because where should you go anyway?”

In general, the pious of Israel seem to take the opportunity to point out that “everything comes from above.” “The Holy One, blessed be He, rules the world. He prescribed a Shabbat to the whole world through a tiny virus that can hardly be seen with a microscope.”

In fact, even secular Israelis are discovering: “The race against time was stopped. The world entered a standby mode. That has its positive side.” And the religious emphasize, “This nightmare is a wonderful gift if we know how to accept it. Exactly as we light two candles on Friday night and let the Creator of the universe know: Here we are.”

… which is difficult to explain in English, without basic Hebrew and Talmudic training. But I will give it a try.

The King James Version renders Proverbs 18:14, “The spirit of a man will sustain his infirmity.” The Hebrew text literally explains: “A man’s spirit feeds his illness,” that is, “he controls and directs the disease.”

Without having to spend a lot of time translating into non-Semitic languages, the Talmud student who is interpreting the text moves to the “Targum Jonathan” – a translation of the Old Testament text into Aramaic by Jonathan Ben Uziel. Jonathan Ben Uziel was a contemporary of Jesus and is buried in Galilee not far away from the romantic mountain town of Zefat. 2000 years ago Jonathan had translated the Hebrew word for “illness” or “disease” (Machalah) into the mother tongue of Jesus using the word “Kourhaneh”. Pronouncing it quickly, it sounds like “Coronah”. The Talmud student comments: “Here we have our Coronah.”

“What is the solution?” the Jewish scholar asks in the same breath. “Here, Rashi – Rabbi Shlomo Yitzhaki, who lived in Troyes/France and Worms/Germany in the 11th century – knew, ‘The spirit of a man who is really in control does not give room to worry in his heart. He accepts everything that comes towards him with joy and open arms. His strength does not depart from him.’ – Rashi already 800 years ago told us what to do,” the orthodox Jew comments.

Without allowing much time to ponder, his finger slides down on the page of the commented Bible text to “Metzudat David,” the commentary by Rabbi David Altschuler, who lived and taught in Yavorov in Galicia in the 18th century.

Altschuler explained: “The intelligent mind of a man suffers and controls the disease of the body, because the spirit rules the body as long as it is healthy, but also in sickness.” In plain text Jewish tradition teaches: We are called to control the disease. The Creator has authorized and empowered us to do so.

Finally, he refers to the number of chapter and of the verse of the text which he explained: Proverbs 18:14 – in Hebrew: Mishley Yud Het, Yud Dalet. The Hebrew letters Yud, Het, Yud, Dalet form the word “Yahid”, the “only,” the “single,” the “isolated.”

With all these statements in view, the Talmud student reaches the conclusion: “The individual who is in seclusion, who is alone, is not afraid of this disease, which is spreading all over the world. It will not harm a Jew, because Jews are full of joy and confidence.”