Israel’s National State Law: What’s All This Fuss About? 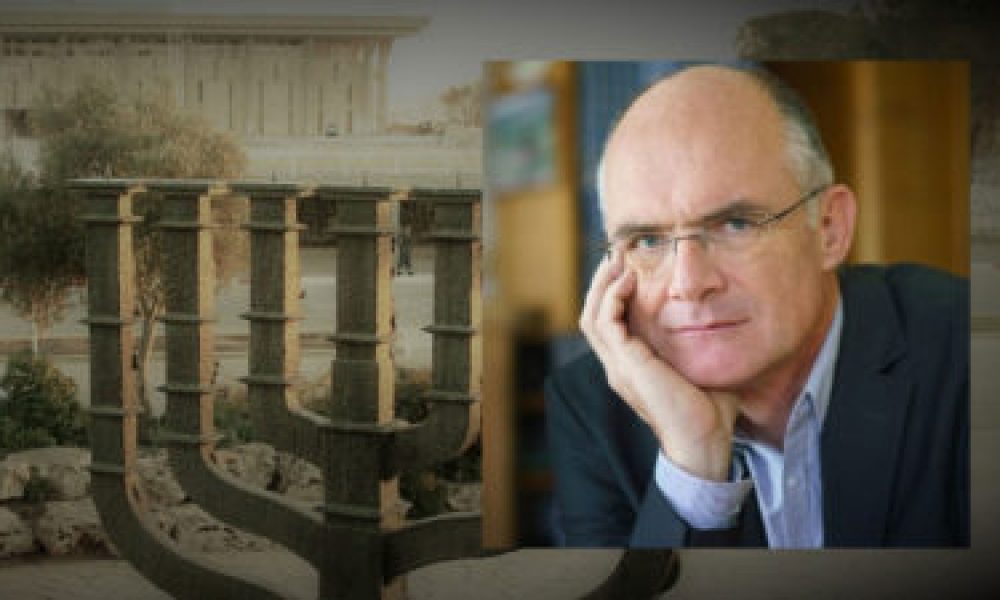 The German daily DIE WELT publishing an AFP article in its online edition[1] titles “discrimination” and leaves its readers no opportunity to form their own opinion in reporting that Israel has passed a “controversial law” on the “Jewish nation state” (sic, in quotation marks!).[2] Even before explaining what the law is all about, DIE WELT calls it “discriminatory” (once again!) and “racist”. A reader who gets his information exclusively from DIE WELT still does not know what the law says. But he knows: Israel is “discriminatory” and “racist”.

That Arabs describe the Jewish people as “racist” and reproach their state of practicing “apartheid” is neither new nor true. If Aiman Oudeh complains about the “death of our democracy”, he reveals himself as a liar – because if Israel’s democracy were really dead, he would certainly neither be a Knesset member, nor could he make such a statement in public. Israel’s democracy is alive and flourishing – although as a German I admit that less argument and more order would sometimes be more pleasant. Israelis often make life unnecessarily difficult to themselves first and foremost through what they call democracy.

Actually, editors of DIE WELT and readers of DIE WELT should be clear about what the AFP article is spreading and they are consuming with this article, if it quotes the Turkish government (of all governments!) accusing the Israelis of an “outdated and discriminatory mentality”. As a matter of fact, in view of how NATO member Turkey deals with its Kurdish minority and their national ambitions, the Jewish state of Israel does not need to shy away from any comparison.

Frankly, I’m not really sure what the fuss about the new basic law of Israel is all about. Since its Declaration of Independence of May 15, 1948 Israel is defined as nation state for the Jewish people. Since then it is a country open to immigration exclusively by Jews. That is not new – and incidentally, the Federal Republic of Germany in its relationship to the German diaspora is not dissimilar. Even there, human beings of German descent are preferred to immigrate. Jerusalem as a whole has been declared the indivisible capital of the State of Israel by Basic Law already back in July 1980. This is also not new, even though, of course, extremely “controversial”.

If the national flag, the national anthem, the Hebrew calendar and the Jewish holidays in Israel were up until now not yet defined by “Basic Law” as what they are, this might be seen as indication how liberal the Jewish state has been so far, much more liberal than the vast majority of states that exist on this planet. It is interesting that Israel did not even stipulate “public holidays” in this law, in a way as is the case in the Federal Republic of Germany. In Israel, for example, there is no general, legally anchored driving ban for trucks on rest days, as is the case in Germany.

The fact that the function of Hebrew is emphasized as official language, might concern especially (academically highly educated) new immigrants from the US, France and Russia. Some of them have worked for a lifetime as doctors or lawyers in their respective languages. Suddenly they find themselves “forced” to practice their profession exclusively in Israel’s “national language”. Israeli Arabs speak Hebrew – and the status of the Arabic language in the State of Israel is expressly not affected by the new national state law. Anyone who worries about this aspect of the Israel’s new National State Law should ask themselves, how many other languages and cultures are “oppressed” by official languages such as German, English, Spanish, Arabic, Russian or Portuguese in many countries of the world.

In the background of this whole affair is certainly simmering the fundamental question of what justification a nation-state in general still has at the beginning of the 21st century. The idea of a nation-state is based on a European idea of the 19th and 20th centuries that is alien to many people from other parts of the world. However, colonialism has imposed it on much of our planet, even though it has caused us so much suffering in the past century in Europe alone. When I say this in lectures, Europeans look at me quite blankly – Africans, people from the Middle East or Asians, beam at me with big eyes and quite often let me know: “At last, someone starts to understand us!”

For the State of Israel, this basic consideration is rather unpleasant, because it wishes – very much in the spirit of the early 20th century – to be understood as nation-state for the Jewish people. Europe seems to have changed direction and moves towards a multi-ethnic state. Only concerning “the Middle East conflict”, however, most Europeans ardently sticks to the old, actually obsolete nation-state ideology. They consider a “two-state solution” to be “without alternative”. This, in turn, exposes the European outrage over Israel’s new nation state law as absurd.

[2] Anyone may read the English translation of the original text of the law in at the Times of Israel: https://www.timesofisrael.com/final-text-of-jewish-nation-state-bill-set-to-become-law/ (20.07.2018).