Israel at 70: … and its Arab Neighbors 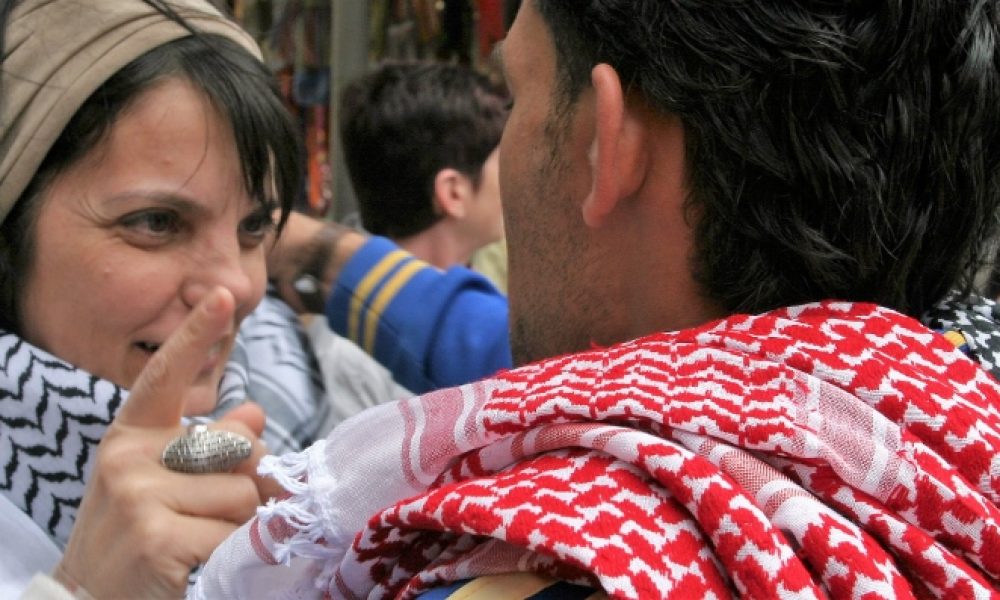 Israel is a tiny Jewish island within an overwhelmingly Muslim ocean. Relations between Israel and its Arab neighbors changed dramatically during the past seven decades. Pondering developments in Arab-Israeli dealings, it must be emphasized, that points of contact between Israel’s ever growing Jewish population and its non-Jewish neighbors always existed. And they were never exclusively bad.

Immediately after the demise of the Ottoman Empire at the end of World War I, His Royal Highness Emir Feisal Ibn Hussein, representing the Arab Kingdom of Hejaz, and Dr Chaim Weizmann, representing the Zionist Organization, reached an agreement of mutual support. Feisal was dreaming of an Arab kingdom “in Greater Syria and Iraq,” as was Weizmann of a Jewish Homeland in Eretz Yisrael. Both had implored “the racial kinship and ancient bonds existing between the Arabs and the Jewish people.” They had hoped to be able to “stimulate immigration of Jews into Palestine on a large scale”, while at the same time protecting “the Arab peasant and tenant farmers” “in their rights and […] forwarding their economic development.”

These high rising visions, however, had long evaporated facing the harsh realities of colonialist policies, tribal rivalries and nationalist fanaticism. By May 1948, when the British left their mandate in Palestine, which they originally had received not in order to divide the country, but to establish a Jewish homeland, Arab-Jewish relations were bitterly antagonistic. Palestine had been ripped apart by several Arab uprisings and a brutal civil war.

The Arabs’ reaction to the founding of Israel

Egypt, Syria, Jordan, Iraq, Saudi Arabia and Lebanon as well as the Arab Liberation Army commanded by Fawzi Al-Qawuqji, who had been in Nazi Germany during World War II, declared war on the newly founded Jewish state. Their goal was to prevent a Jewish homeland on the territory of mandatory Palestine. The United Nations General Assembly’s Resolution 181 of November 29, 1947, envisioning a division of Palestine into a Jewish and an Arab state, is unique among all UN resolutions in as far as an alliance of states answered the attempt to implement it with a war of annihilation.

In subsequent decades little changed in Arab attitudes towards Israel. In July 1951 King Abdullah I from Jordan was assassinated at the entrance of Jerusalem’s Al-Aqsa mosque, because of rumors that he was discussing peace with his Jewish neighbors. Abdullah had been Feisal’s brother. They both were members of the Hashemite dynasty that traces its ancestry back to the Prophet Mohammed. Their father, Hussein, had been Sharif of Mecca. During the Arab revolt against the Ottoman Empire he had become King of Hejaz and later aspired to become the Caliph of all Muslims. However, the Allies did not recognize him. His rival Abdul-Aziz Ibn Saud succeeded in expelling him from the Arabian Peninsula. Abdullah’s grandson, Prince Hussein, had been at his grandfather’s side at the assassination in Jerusalem and had been injured himself. Possibly, this early experience prevented him from negotiating peace with Israel after his own ascension to the Hashemite throne in 1952.

Early in summer 1967 the Arab world was upbeat under the leadership of Egypt’s president Gamal Abdel Nasser. Declaredly he pursued the goal of driving the Jews into the Mediterranean Sea altogether. After Nasser had expelled the United Nation’s peace keepers from Sinai and closed the Strait of Tiran to Israeli ships, Israel in a pre-emptive strike destroyed the air forces of Nasser’s coalition and conquered the Golan Heights, the West Bank and the Sinai Peninsula in the course of the so called “Six-Day-War”. Following this humiliating defeat, the Arab League in Khartoum answered on September 1, 1967, with its well-known “Three Nos” to Israel’s offer of “Land for Peace”: “no peace with Israel, no recognition of Israel, no negotiations with it”.

Because of obvious intelligence failures on the side of Israel, the Egyptians were able to pronounce themselves victors of the “October War” in 1973, which is known as “Yom Kippur War.” This perception on the Arab side opened the door for Anwar El-Sadat to visit Jerusalem half a decade later and offer his hand for a peace treaty to Israel’s Prime Minister Menachem Begin. The Camp David Accords returned the Sinai Peninsula to Egyptian control, birthed the first Arab-Israeli peace treaty and earned Sadat, Carter and Begin the Nobel Peace Prize.

It was not just the Islamic Jihad activists, who assassinated Sadat in October 1981, or the Muslim Brotherhood movement, that opposed Egypt’s peace treaty with Israel. There was also a strong Christian resistance to it. The Coptic Pope Shenouda III proclaimed a ban against believers of his own church should anybody take advantage of peace with Israel for making a pilgrimage to Jerusalem. This ban was still in effect, when Shenouda died in March 2012. A few months after Sadat’s death 27 organizations, representing the whole of the Egyptian elite, met and decided to boycott Israel. But Sadat’s courageous step towards recognizing Israel’s existence was certainly a watershed in Israeli-Arab relations, even though they were criticized by many, for leaving the Palestinian issue at the sidelines.

Ehud Barak’s withdrawal from Southern Lebanon in May 2000 was a serious blow to Israel’s relations with its non-Jewish neighbors. I myself witnessed old Christian Lebanese statesmen weep, as they observed their only ally in the Middle East run away pressured by the world community, surrendering Lebanon to de facto Iranian rule. Israel’s head over heels withdrawal at its always sensitive northern front taught the Muslim world two things, as a Palestinian in Bethlehem confided to me: “First, never trust a Jew. If it serves his interest, he will leave you alone. Secondly, Israel can be defeated. Hezbollah has put the Jews to flight.” Years later a Palestinian fighter in Gaza, who fired rockets at Israel’s south, told me: “We will beat the Zionists, as Hezbollah shooed them out of Lebanon.” Therefore, it must be concluded, that Israel’s withdrawal from Southern Lebanon in May 2000 was the actual trigger for the Second Palestinian uprising, which began in fall of the same year and is known nowadays as “Al-Aqsa Intifadah”.

Despite of such setbacks and a whole lot of missed opportunities on all sides involved, Israelis realize that their relationships with the Arab world have changed dramatically – and are changing very rapidly. Key personalities and governments seem to have decided for a change and perceive Israel as a partner rather than the root of all evil. Since Shimon Peres landed in Doha in 1996, de facto embassies of Israel were opened in Qatar and Oman, though officially called “economic representations”.

Latest developments in the aftermath of the “Arab Spring” have profound effects to how Israelis and Arabs view each other. The United States appear to be tempted to proclaim “victory” and detach itself from the region, as one Israeli military expert observes. As a matter of fact, Washington’s regional influence is waning tangibly during the past years. Europe is appreciated by Arabs and Israelis alike as a close and quiet holyday and shopping destination. Politically it is irrelevant, even though no politician is ready to admit this publicly, for obvious economic reasons.

It is Russia, next to Iran, that evolves as the major winner in the Middle East, in spite of its economic weakness and isolation because of Ukraine. Putin successfully avoided entrapment in a “quagmire” in Syria and maintains good relations with all regional actors: Iran and Saudi Arabia; Israel and the Palestinians; Turkey and the Kurds; Egypt and Qatar. Looking at Israel, it should never be forgotten, that about a quarter of Israel’s population has roots in Russia, loves Russian food, thinks Russian, speaks Russian and even politically seems to be more sympathetic to a Russian climate than European or American culture.

On this background, Israel is enjoying unprecedented cooperation with neighboring pragmatic Sunni Arab states. It shares common interests and common threats, like Iran or radical Islam. This led to deeper cooperation with Egypt and Jordan, as well as with Gulf States, with whom Israel does not have diplomatic relations. They value Israel’s intelligence, technological, economic and even military assistance. And this new closeness is visible in front of everybody’s eyes.

In mid-March the first Air India flight from New Delhi to Ben-Gurion Airport landed after flying the much shorter route through Saudi and Omani airspace. The only protest came from El Al which fears unfair competition, if the Indians are able to offer a five hour flight where El Al planes need eight hours. At the same time Israeli F-16s fighter jets flew together in a military exercise in Greek airspace with Mirage 2000 planes from the United Arab Emirates. Also in March, the White House in Washington saw senior Saudi, Emirati, Qatari, Omani and Israeli officials sitting together around the same table, discussing the humanitarian situation in Gaza. Remarkably, representatives of the Palestinian Authority were not present at this meeting, because they are boycotting the Trump administration since its recognition of Jerusalem as Israel’s capital – which did not seem to bother any of the other Arabs. Only one year earlier a meeting of the Israel Defense Forces’ chief of staff, Gadi Eisenkot, and his Saudi counterpart Abdul Rahman bin Saleh al-Bunyan at a conference in the United States had been a matter of secrecy. Today, this seems normal.

But: the “Arab Street”

Zvi Mazel has spent virtually his whole life in the service of Israel’s Ministry of Foreign Affairs. From 1996 to 2001 he was Israel’s ambassador in Cairo. Mazel reminds that “Israel made great efforts of cooperation in all areas of life” after its peace treaty with Egypt in 1980. “Most efforts failed.” In the midst of all excitement about a New Middle East he holds: “There is no normalization between the two countries that have signed peace agreements. We have contacts between the governments.”

Similarly, Moran Zaga, a Policy Fellow at “Mitvim,” the Israeli Institute for Regional Foreign Policies, and lecturer at University of Haifa admits: Arab nations “will accept Israelis only if they have no choice. They keep Israeli visits as low profile as possible. In business, technology and security they are ready to cooperate. Diplomatic meetings between high level diplomats and politicians or security people are possible. But the civilian cooperation is close to zero.”

While on the governmental level Israeli-Arab relations are experiencing unprecedented heights, Arab societies seem not ready to accept the legitimacy of a Jewish state in the Middle East. Fundamentalist Islam and Arab nationalism are still the major forces in these countries.

Zvi Mazel remembers how President Sadat in 1980 invited Ariel Sharon and asked Israel for help in order to avoid an imminent famine. Israeli experts built new farms in the desert on the road between Cairo and Alexandria. In only a few years Egypt became self-sufficient agriculturally. But a combined Muslim and leftist opposition spread rumors in the media, claiming that the Jews were poisoning the Egyptians’ soil. This stopped all cooperation, irrespective of its successes. Mazel is pessimistic about Egyptian-Israeli relations: “The cultural gap between us and the Egyptians cannot be covered in the next 100 years.” And he cautions all euphoria concerning Israel’s position in the Middle East: “The Arab Street still has a problem of denying reality.”