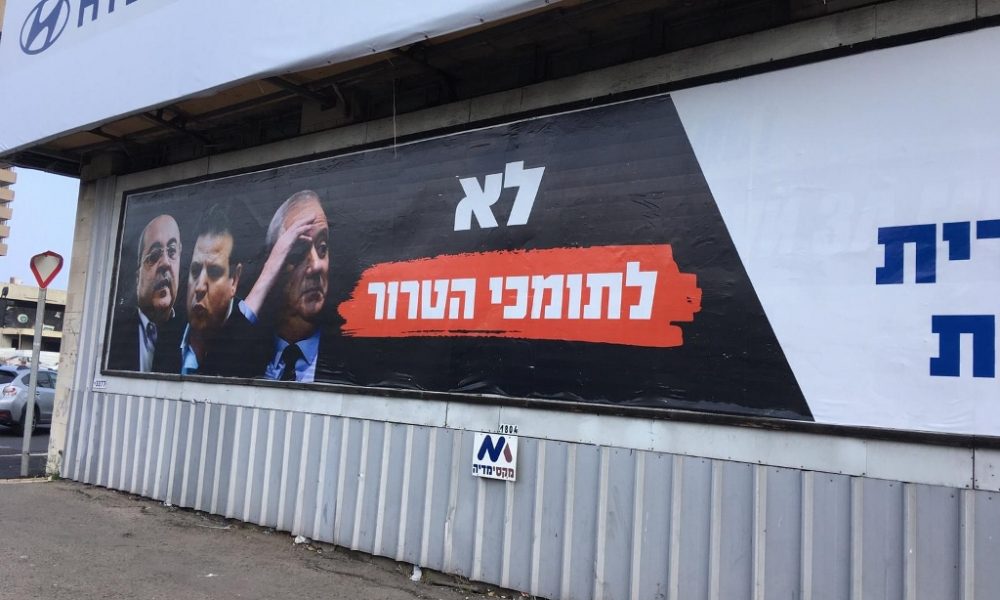 Seek, and you shall find. This is true also for those who enjoy accusing the Jewish state of racism. And the political drama that has blessed the Israeli people with three parliamentary elections within twelve months provides ammunition in abundance.

Yes, there is racism in Israeli society. This can never be excused, covered up or “put into perspective” by inappropriate comparisons. And this also applies to the Arab world, including the Palestinians. Incidentally, the main frontlines do not run between Jews and Arabs or Israelis and Palestinians, but within the respective societies.

But not everything is racism that is described as such in heated political debates in Israel. A close look is crucial if one does not wish to become a victim of oriental emotions or fairy tales of the Arabian nights.

In the power struggle within the Knesset, two camps face each other. On one side there are the followers of Benjamin Netanyahu, who is undoubtedly not only the longest-serving head of government, but also the most popular prime minister the modern state of Israel has ever had. Netanyahu’s admirers include quite a few Arab citizens of Israel and even Palestinians.

Netanyahu’s block of parties including the Likud, the right-wing Yamina party, the ultra-Orthodox Sephardic Schass party and the ultra-Orthodox Ashkenazi United Torah Judaism seems to have pledged each other faithfulness to political death. This alliance of parties missed the absolute majority in the Knesset by just three seats in the last election.

On the other side there are the opponents of Netanyahu. He appears to be at the same time also the most hated head of government the modern State of Israel ever had. The face of Netanyahu’s opponents is Benny Gantz, whose problem is not only that he doesn’t know what he might be able to do better than Netanyahu. Much worse: There is nothing that connects the 62 Members of Knesset who together might make Gantz prime minister – except their hatred of Netanyahu.

The big winner of the March 2, 2020 election is the Joint List of Arab parties. With 15 seats, it is the third largest party in the 23rd Knesset. Almost all Knesset parties have Arab voters, Arab members, or even Arab members of parliament. What distinguishes the MKs of the Joint List is their decidedly anti-Israel stance.

The Joint List demands that Israel give up the Golan Heights, Jerusalem, Judea and Samaria and to uproot all Jewish settlers in these areas. As a condition for his support of a Gantz government, Joint List chairman Ayman Oude demands that Jews will from now on be prohibited from visiting the Temple Mount. Non-Muslims are already banned from praying there.

The Joint List demands that all “political prisoners” be released, including mass murderers such as Abdullah Barghouti, who killed 67, and Abbas A-Sayed, who killed 29 Israelis. A number of statements in the program of the Joint List cannot be understood other than to support Palestinian terror against Israel.

Ahmad Tibi, one of the most distinguished members of the Joint List, has praised the well-known terrorist Marwan Barghouti and described the State of Israel as “colonialist”. Tibi sees firing rockets at Israeli civilians as legitimate resistance. At the same time, the Joint List demands that Israel abolishes its nuclear arsenal.

Netanyahu cannot form a government with 58 mandates. This would require 61 seats in the Knesset. Gantz, a former general chief of staff, is supported by his own Blue-and-White party (33), the pitiful rest of Israel’s Left (7) and the secular-right party Yisrael Beiteinu of Avigdor Lieberman (7). That adds up to 47 MKs.

Gantz can achieve the majority needed to form a government only with the help of the anti-Zionist Joint List. However, that will discredit him in the eyes of many of his own voters. Two Blue-and-White MKs, Tzvi Hauser and Yoas Hendel, have already committed themselves: A coalition with the Joint List and even a minority government tolerated by it is out of the question, even if they were to be excluded from their party.

Israel’s political right extends far beyond Lieberman into the Blue-and-White camp. There are fears that Gantz will chose to form a government with the support of the Joint List, instead of thinking about a unity government with Netanyahu. The idea of a unity government of Likud and Blue-and-White has so far failed because Gantz insists on a rotation as Prime Minister. He wants to govern himself first, while Netanyahu is supposed to get through his upcoming legal proceedings.

Yair Lapid, number two of Blue-and-White, assured on Facebook that a collaboration with the Joint List was only conceivable for the establishment of a minority government. Never would the Arabs become part of a Gantz government. “They will vote once from the outside. And that’s it,” Lapid wrote. It is unlikely that the Joint List allows itself to be used like this.

Against this background, Benjamin Netanyahu, two days after the election in a speech to his own right wing block, once again accused Gantz of wanting to form a government with the help of those who “do not recognize the State of Israel” and “attack our soldiers”. Such people, according to Netanyahu, cannot be part of the political equation. Foreign Minister Israel Katz went on to describe the Joint List as “terrorists in suits”.

The Joint List answered that “the Likud were losers with ties.” In addition, its chairman Ayman Oude formally applied for bodyguards from the Knesset. His party colleague Ahmad Tibi had earlier complained that Netanyahu’s statements were dangerous and might provoke the assassination of one of the leading party officials.

MK Ofer Shelah (Blue-and-White) countered on Facebook that Netanyahu had declared war on Israel as a Jewish and democratic state. After all, the founding fathers of the Jewish state had imagined a country in which Arabs and other non-Zionists were citizens with equal rights.

Shelah, who has made a name for himself as a commander of the paratroopers, then as a journalist and more recently as a politician of the secular party Yesh Atid, is not that wrong from a biblical point of view.

Scripture paints an astonishingly nuanced picture of the Promised Land in which non-Israelites and the chosen people lived side by side and even in harmony with each other. Abraham’s calling is inconceivable without Gentiles. After all, God’s basic mission for Abraham is to be a blessing to “all families on the earth” (Genesis 12:2-3), which obviously applies first to those Gentiles who live in the land of Israel.

Abraham exemplified this. With his life he set standards, for example through the close relationship with the brothers Eshkol, Mamre and Aner (Genesis 14:13,24), in which one was willing to risk his life for the other. Abraham knew and respected the spiritual and human authorities that he found in the land, as we can see, for example, in his relating to Melchizedek (Genesis 14:20). All of Israel’s ancient law, the Torah, is designed so that Israelites and Gentiles live together in the Land of Israel.

The vision of the Creator in his dealings with and through the people of Israel is a coexistence of Jews and Gentiles. Together God promises them a future. It is only one aspect that the prophet Isaiah sees in Jerusalem a “house of prayer for all nations” (Isaiah 56:7). However, to both Israelites and non-Israelites applies alike: Only he has a future in the Land of Israel who asks for the will of the one and only, true, living God and then also practices it (Leviticus 18: 24-30).