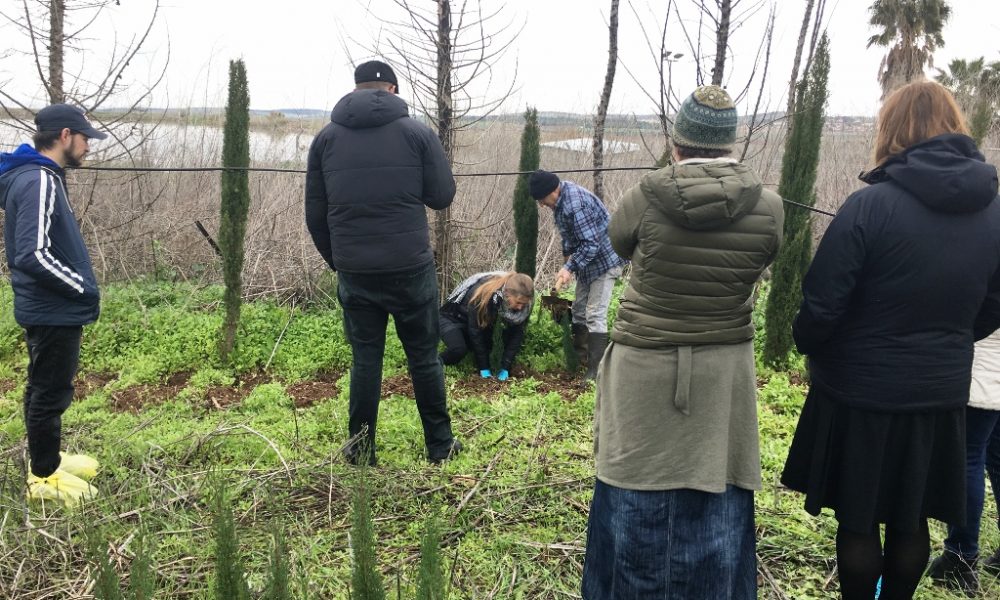 Israel’s society is a special mix of liberal and religious people, which affects many areas of life. The country’s liberals are proud of their abortion laws. Abortions are legal, practically possible at any stage of pregnancy and in many cases free of charge. This means that terminations of pregnancy are financed by health insurance companies, the Ministry of Health or, in the case of female soldiers, by the army.

The legal procedure applies to a Termination of pregnancy committee consisting of two medical specialists and a social worker, among which at least one must be a woman. A special committee may also authorize abortions after the 24th week of pregnancy.

Although almost all requests are approved by these committees, there are also illegal abortions, the number of which cannot be verified. It is estimated that there are as many illegal as legal abortions. In total, around 40,000 abortions take place in Israel each year. The most liberal voices call for the abolition of those specific committees that every woman considering abortion should go through. The laws in the Jewish state are far from the original rabbinical attitude that one can only abort a fetus in the womb if the mother’s life is endangered by pregnancy.

The most common legal justification, in about fifty percent of all abortions, is a pregnancy outside of a marital relationship. Almost all abortions among minors fall under this clause, since it is legally possible to marry from the age of 18.[1] They can apply for an abortion regardless of the consent of their parents or legal guardians.[2] However, most abortions are not requested by minors, but by middle-aged women, many of whom are married. The Socioeconomic clause has been excluded in the past due to pressure from religious parties. This means that a woman cannot request an abortion if she is for example exhausted, mother of many children and her family has financial difficulties. It is believed that some women who would fall into this category simply state that their child is illegitimate to obtain a free abortion. Another 20 percent of legal abortions are due to the women’s health and about 10 percent due to their age.

Another legal reason for abortion – around 20 percent – is the suspicion of a physical or mental disability or a malformation of the child. A missing finger or club foot is sufficient. According to official statistics for 2018, 3,666 such requests have been received. Only 1,942 of them were really diagnosed with a high probability of being disabled or having an inherited disease. Other reasons for abortion have been the use of medication that could have caused fetal harm, for example if the woman did not yet know that she was pregnant. Even the prognosis of possible mental damage to the fetus is reason enough for an abortion. An American woman who had a special training for counselling children before and after surgery found that there are hardly any Jewish children with heart conditions in Israel. Almost all of them are aborted, even though Israel has the world’s best heart specialists.

What does the rabbi say?

The “Aisch Rabbi” writes on the very popular English-language Jewish website aish.com: “Judaism says that this type of selection process is evil. It hearkens to the Nazi program called ‘T-4,’ which systematically set out to kill all physically and mentally disabled persons. By contrast, the Torah teaches that the true value of a person is his soul.”[3] It is also stated on this page that a woman’s right to her body has limits when it comes to another being, even if it is not yet mature and is therefore considered a partial life. In any case, a religious woman should always go to her local rabbi for advice, since each case must be considered individually and decided strictly according to Jewish law.

The official statistics of Israel divide the applicants into the following groups: Jews, Muslims, Druze women, Arab Christians and others (non-Arab Christians and women without specifying their religion). The latter category includes, for example, women who came as refugees from African countries such as Sudan or Eritrea, but also many legal workers who, according to the employment contract, are not allowed to get pregnant during their working time in Israel. In this group of people who have no backing in society and often have to get by without any support, there are many abortions. Among Jewish women of young adult age, most abortions are performed on Ethiopian Jews. These are again a socially rather weak, partly still traumatized group, which have to deal with racist and religious prejudices. Likewise, abortion is more common among new immigrants than women who were born in the country.

There is no discussion

There is no discussion about abortions in Israel. Only occasionally when reports of abortion campaigns in the United States penetrate the media, appear in English-language newspapers a few articles on the subject. One example of them was an article in the left-liberal newspaper HaAretz in May 2019 that bore the provocative title: ” Shhh! Don’t Tell Evangelical Supporters of Israel, but Abortion There Is Legal — and Often It’s Free.”[4] You also don’t hear anything about the possibility of giving an unwanted child up for adoption.

About fifteen years ago, the Jewish Pro Life Organization Efrat launched a massive public campaign. On the radio you could hear: “Abortion is not a children’s toy!” And in public places it could be read: “Efrat brings more Jews to Israel every year than the Aliya from North America.” The organization states on its website that since its establishment in 1977, 75,000 babies have been saved. Based on much experience, Efrat can say that most women who consider abortion because of a difficult time in life and financial difficulties are happy to give birth to their babies when they get a little support. According to Efrat, it only costs $ 1,200 and loving support to save a human’s life.

On the official Efrat website, is an interview with the head of this organization, Dr. Schussheim. As a doctor whose goal it is to save lives he realized that the loss of lives in Israel was mostly caused by abortions. With regard to women’s rights, he believes in the importance of a woman’s right to be fully informed regarding an abortion. Efrat would not argue on ideological, ethical, moral, philosophical, or religious grounds. “The only explanation the woman gets is medical, especially with regard to her future physical and emotional health.”[5] Efrat’s explicit goal is to save Jewish babies.

The messianic-Jewish pro-life organization Be’ad Chaim is willing to help any pregnant women in a crisis. In addition to support before and after birth, it also provides care for women after an abortion, miscarriage or stillbirth. Also Men are often deeply affected by the loss of a baby. Be’ad Chaim runs a park near Latrun that bears the name “Gardens of Life”. As part of a healing process, trees can be planted there for a lost child’s life. Such actions take place every year mainly at Tu BiShevat, the trees New-Year celebration in Israel.

The Bible calls a fetus in the womb “fruit of the body” or literally “fruit of the belly” (Deuteronomy 30: 9), “a child” or “a son”. There are stories about children who have not yet been born and about children who have been promised. One of them shows a desperate non-Israelite woman: Hagar. She was a slave, she was not asked by anyone if she wanted to get pregnant from her mistress’s husband. She was on the run, all alone. And yet there was someone who saw and heard her. It was God! God’s angel talked to her about her unborn child: “I will increase your descendants so much that they will be too numerous to count ” (Genesis 16:10-12).

According to the Bible, God sees not only the frustrated pregnant woman and the unborn child, but entire generations of people who will come out of this child. The same in the story of Rebekka, who was pregnant with twins. The “Banim”, that is, “sons” or “children” in her body, become whole nations – “Gojim” and “Le’umim” (Genesis 25: 22-23).

[1] In the past, in religious communities, especially the Muslim, but also the Jewish, 16-year-olds were married by the decision of their parents. Since 2013 by law marriage is possible from the age of 18.

[2] One of the reasons for this may again be the attitude of the religious communities. In Muslim society, for defiling family honor may apply the death penalty.